How it all began

The journey for the UDS started back in 2010, following the release of the Ubuntu 10.10. It was then that Canonical announced that they would hold a summit in October in a bid to discuss the way forward regarding the design and advancements for the next release.

In the summit, both the company and the community would discuss ways in which they could better the subsequent versions, and this would, in turn, have a positive effect on later releases. It attracted members of the community as well as engineers who held interactive discussions.

The summit took place as from the 25th of October till the 29th in Orlando, Florida. Mark Shuttleworth was the keynote speaker at the event, and his sentiments got streamed live from the summit. In his speech, he touched on the direction of the next release and ways in which users would benefit from the changes. One area on which the summit had a focus was on the importance of the global community in developments. As such, there was a call for the involvement of users from the conception stage all through the development phase for more productivity. 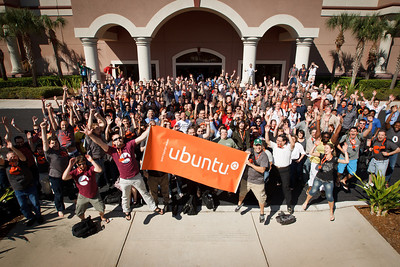 For the first two years following the summit’s entrance onto the market, the event took place every six months. Developers and users were often in wait of what the next summit had in store for them. Over time, it grew evident that there was a demand for more frequent meetings. As such, there was an announcement in early 2013 that the meetings would move from physical spaces to online forums.

Previous meetings took place over a period of one week. With an online discussion taking place every three months, the period reduced to two days. Canonical stood by their change in venue and timing, stating that this flexibility allowed more people to participate and thus there was more collaboration in the process. It also made it possible for users to access the talks from various regions and in this way, they would not get locked out of the discussion.

The first online discussion took place on the 5th and 6th of March, 2014. The result of the changes, as users attested, was an increase in accessibility and openness. Canonical informed users that they would look into the effectiveness of this model over time and would make changes where necessary.

The online summit was a hit at first, but after a while, people shifted their focus from it as it lacked the same intensity as was characteristic of the initial bi-annual UDS. Though the online forum was an excellent avenue for people to share their thoughts openly and transparently, Canonical realized that there was a need for people to come together for increased productivity.

As such, the UDS came to be known as the UbuCon Summit, and it took place as from the 21st to the 22nd of January, 2016 in California. The summit got well received by users across the globe, and there was a lot of excitement when community members converged at the Pasadena Convention Center that year.

Mark Shuttleworth delivered the keynote speech in this event where he delved into details regarding the future of Ubuntu. Through the revival of physical meetings, Ubuntu enthusiasts were able to come together and share ideas as they got to meet people with similar interests. This revival has had a positive effect on the future of this OS.

More meetings have taken place following UbuCon’s emergence on the market, and they have been useful in shaping the subsequent designs of this high-ranking OS.