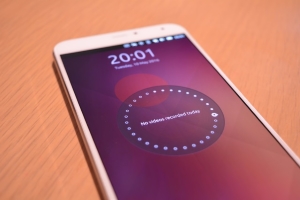 For a long time, people have relied on Android and IOS operating systems for their smartphones. The case was that if you are getting a phone, the choices were two and if you did not like them, well…...too bad. As such, the experiences with smartphones were the same, time and time again and thus they became monotonous. There was nothing to which users could look forward. Then came Ubuntu, and things began to look up for smartphone users across the globe.

You see, for long people thought that IOS and Android had taken over the market and that the alternatives could not keep up. However, Ubuntu has gone a long way to prove these beliefs are wrong.

Why use the Ubuntu Touch?

Ubuntu bases its operations on Linux, just like Android systems. Another thing about this fantastic OS is that you do not have to have a PC to sync your data with your smartphone. Are you getting excited yet? Here are some other features that will have you switching to Ubuntu in the times to come. 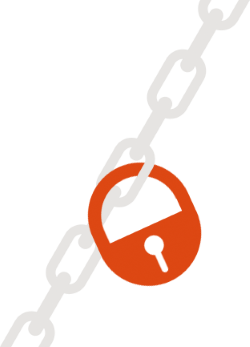 We spend lots of time on the internet, and we are therefore exposed to malware when accessing online sites. Linux is known for its high security and is a better option as compared to windows when it comes down to guarding your data. The developers of Ubuntu Touch have built it on the Ubuntu OS, thus ensuring that the security users get from this system is of a very high level.

There is this other upside which is the lack of apps. While some may users see this as a problem to this OS, it is a good thing. With this lack, the chances that a malware developer could get into your data through apps on a store are limited. As such, as long as you are not handing your phone over to people and you have the necessary security measures in place, your secrets are safe. There are also plans underway to bring encryption into the scene for further security.

You may remember that when the Windows phone came onto the market, they did not have specific on-demand apps on their platform. They however covered up for this by bringing in some of their features. The Ubuntu phone has followed a similar path such that their user-friendly interface allows users to quickly get access to photo services, social networks, email services and other items they wish to reach with ease.

The result of this tactic is a collection of pages which give users a list of what networks they regularly visit. In this way, if you wish to connect with your friends on Twitter, you do not have to log onto the app as you can pull a page from the updates and get tweeting.

Thus, the phone gets customized in a way to meet the users’ needs. In this way, you also get to save on battery power as no apps are draining your phone of power by running in the background. If you wish to install apps, you can do so from the Ubuntu store screen.

If you wish to work on the go, you can do so by connecting your phone to a keyboard, monitor, and mouse. In this way, your phone works as an Ubuntu PC, and you can get tasks handled from anywhere. How convenient is that?

IOS and Android systems have their upsides, but one of the things that often frustrates their users is their hanging. You can be having a great chat with someone online and suddenly the screen freezes, forcing you to wait until the phone starts working again or having to reboot the system. With Ubuntu Touch, this is not a problem that you will face.

This fantastic operating system works on Fairphone 2, Nexus 5, OnePlus One and BQ Faris. It will run on other devices shortly, with plans on such undertakings in place.