UBUNTU - THE OS FOR DEVELOPERS

Ubuntu desktop works for an extensive range of fields including engineering managers, mobile app developers, video and music editors, as well as financial analysts. It works such that it can handle both small and cumbersome tasks, thanks to its high power.

Why use this OS?

If you are in search of the simplest way to move from development to deployment, this is the OS for you. It works on mobiles, the cloud, servers, and desktops. No OS beats Ubuntu regarding simplicity in implementation. Take an example of a service created on a desktop. You can take this service and run it on the cloud or a server with ease, and you will not face challenges in the process. Since it is often a hassle to handover a service between development teams, Ubuntu came up with Juju which simplifies this handover process and makes it speedy.

This OS is not bulky, and it can run across several devices without the user encumbering issues such as hanging or low processing speeds. If you work in an environment which requires lots of operations such as financial modeling and data mining, this OS will serve you well as it has the power necessary for such tasks. 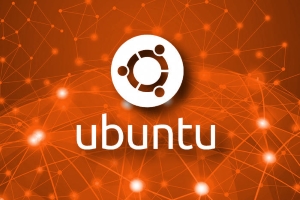 Another thing about this desktop is that many developers across the globe look to it as their number one choice. This demand stems from the fact that it works best for developers, thanks to its stability, as compared to the options on the market. You can look at Ubuntu as an operating system for developers and by developers.

Ubuntu is the outcome of thousands of developers pooling their resources in a bid to come up with an environment that is ideal for their operations. Users are free to tweak features which they do not find to work for them and this has attracted a significant portion of developers to the site. Its broad range of architecture also helps companies with complex hardware find ways in which they can improve their productivity.

It has a vast range of tools and libraries for development purposes, and this variety acts as a boost in the development process. Whether you are using Java, Python or Ruby, you will find that the Ubuntu OS is the easiest to set up. You can also publish your app for use by the Ubuntu community in a few simple steps, through the use of Snapcraft. It takes an average of twenty minutes to have your app built and released in the Snap Store. This short period is because Snap allows you to create an app from source as well as from existing packages. Through this technique, you can update your app with the latest features and the changes will go straight to the users, regardless of the devices that they use.

Ubuntu Landscape and Advantage enable users to standardize their workstations. In this way, they can manage the security of the systems and keep track of reports and updates. As such, developers have control over their operations.

Developers around the world choose Ubuntu for its reliability and versatility. Given the back and forth between developers and users, there are constant improvements to the OS, making it even more ideal for use in development. Take an example of a case where you are managing developers; this OS will enable your teammates to increase their productivity and to collaborate with each other for an efficient production process. An application that works on the OS is available across a wide range of devices.

Developers stand to delve many a benefit from using Ubuntu, and this has led to its increased popularity over time.